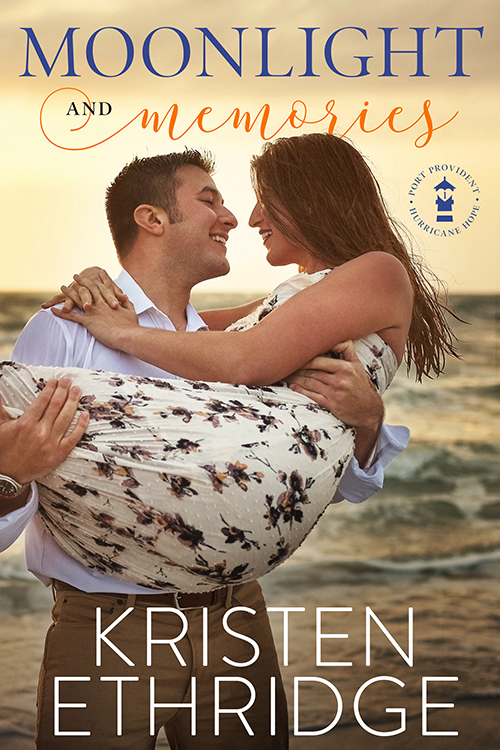 HE RETURNED HOME TO SAY GOODBYE. SHE GAVE HIM THE CHANCE AT A FRESH START.

Whitt Peoples knows this Christmas will be the worst holiday in his life. The high-powered corporate consultant is used to saving dying companies, but he can’t save his dying grandmother. Returning to Port Provident for the first time since his childhood, he hopes to slip into town—and then leave as soon as possible--without running into the other side of his family who turned their back on him when he was a kid.

Samantha Spaeth has spent her life conquering her fears. The Director of the Port Provident Historical Society isn’t afraid of anything, except the fact that she is running out of time to save one of the island’s most historic landmarks before it succumbs to development by a big-box store.

When Whitt asks her to navigate Port Provident’s history in order to help him discover the secrets from his own past, she accepts the challenge because she needs all the allies she can find to preserve the island’s heritage.

Can a woman who lives for the lessons of the past use the town’s heritage to bring the promise of true love to a man who’s spent his whole life running away? Buy Moonlight and Memories today and get to know Port Provident, a Texas beachside community that is the home of Sweet Escape Romance reads. 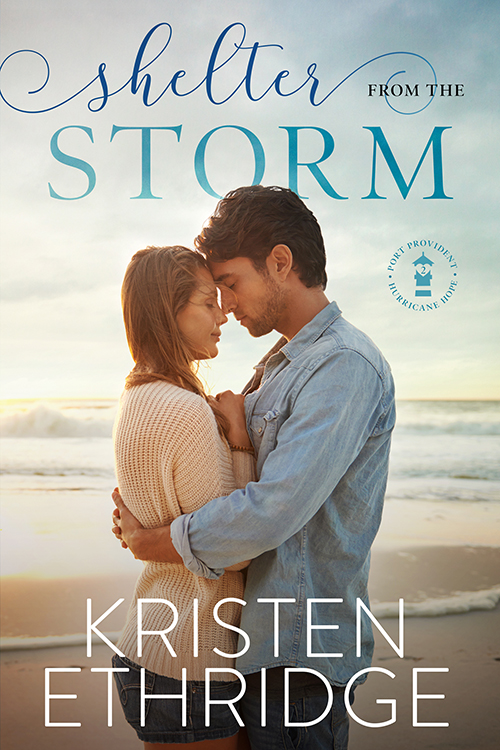 Shelter from the Storm

As the director of the Port Provident Animal Shelter, Becca Collins has devoted her life to helping the furriest residents of Port Provident. When a special Labrador retriever needs her help on the eve of Hurricane Hope, Becca can’t say no—even if it means she’ll have to ride out the hurricane on Provident Island. She doesn’t have the supplies to properly take care of a geriatric dog with specific medical needs, but she knows who does—her greatest opposition for a new town animal shelter, local veterinarian Dr. Ross Reeder. With the storm looming only hours away, Becca has no other choice but to show up on his doorstep, throwing a wrench into Ross’ plans to evacuate himself and his combat-weary former Army dog.

Ross and Becca are used to disagreeing with one another, but they soon realize the only way they’re going to survive the wrath of Hurricane Hope is to put their differences aside and work for the good of the animals who depend totally on them. As they discover they have more in common than they thought, they work to rebuild the Texas beach town where they’ve both put down roots.

But then Becca learns secrets about her past that threaten to change the whole direction of her life.

As she struggles with love, faith, and lies, will Becca still need the shelter she’s found in Ross’ arms, or will the aftermath of the storm take away everything they’ve worked to build? 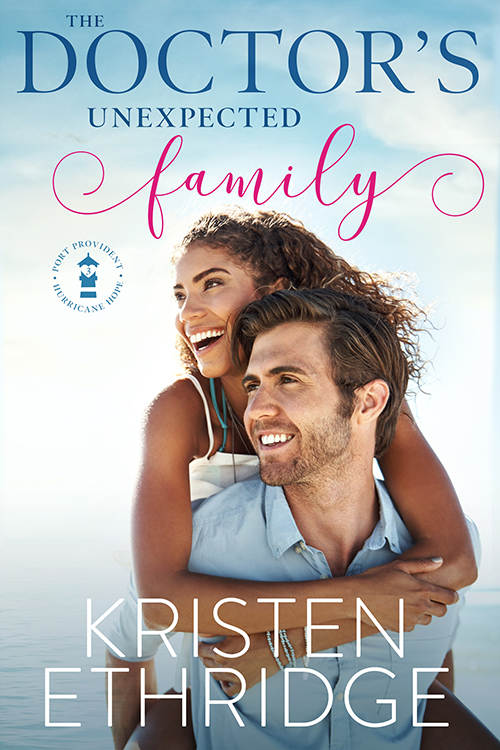 HE WANTS TO CHANGE THE WORLD. SHE WANTS TO SAVE HER HOMETOWN. THEY MIGHT JUST SAVE EACH OTHER.

Dr. Pete Shipley is on a mission to save lives around the world. City Councilwoman Angela Ruiz is a single parent fighting to hold together her hometown after Hurricane Hope tears through Port Provident, leaving destruction across the community she has sworn to serve.

Together, they team up to found The Grace Space, a community gathering spot in the heart of Angela's district, where residents can get food, household goods, and basic medical care in the aftermath of the storm. It becomes a place where the community's spirit can heal--and a place where Pete's care begins to heal Angela's stressed-out heart as well.

When Pete's long-awaited appointment to an international medical mission comes, will the doctor follow his lifelong dream and leave Port Provident, The Grace Space, and Angela and her daughter--or will he stay with the family he didn't expect to love and change the world without leaving home? Start The Doctor's Unexpected Family now and find out how Pete and Angela use true love to change their hometown. 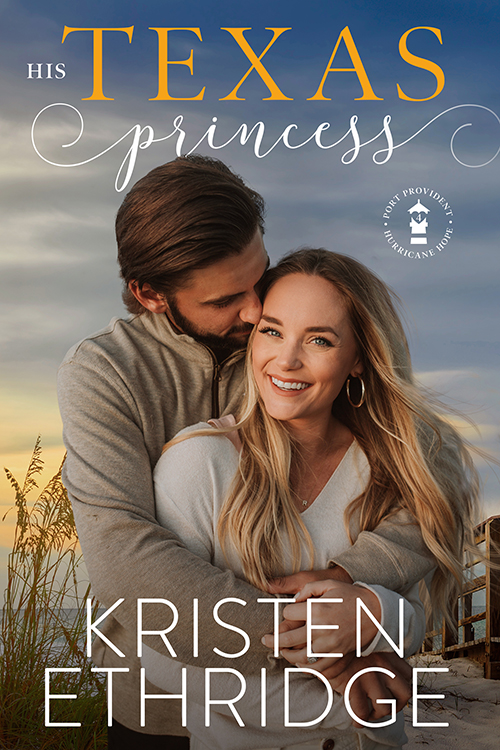 Her Royal Highness Princess Anneliese de Cotriaro is trying to find her place in the world--and in the kingdom of San Petro, a small paradise off the coast of Central America. She believes there is more to her life than simply being "the spare" to the crown's heir and having her every move followed by paparazzi after a broken engagement. Because Port Provident, Texas, is a sister city to San Petro's capital city of Rosada, when Princess Anneliese sees the images of destruction from Hurricane Hope in the news, she knows this is the opportunity she's been praying for to show she's a woman of substance.

Matt McGregor is used to disasters. Working with Helping Hands Homes, he's returned to his hometown after the hurricane with an ambitious goal to renovate 100 damaged homes by Christmas. When the national office tells him they've been able to score a PR opportunity with the visiting princess of San Petro to work on one of the houses and help raise the funds they'll need to achieve their goals, Matt sees imminent disaster. Building a house is hard work and he needs committed volunteers--not a prissy princess who is sure to be afraid to get her hands dirty.

Can a princess in search of a mission make a difference in the world of a blue-collar man who can't afford distractions to his work? 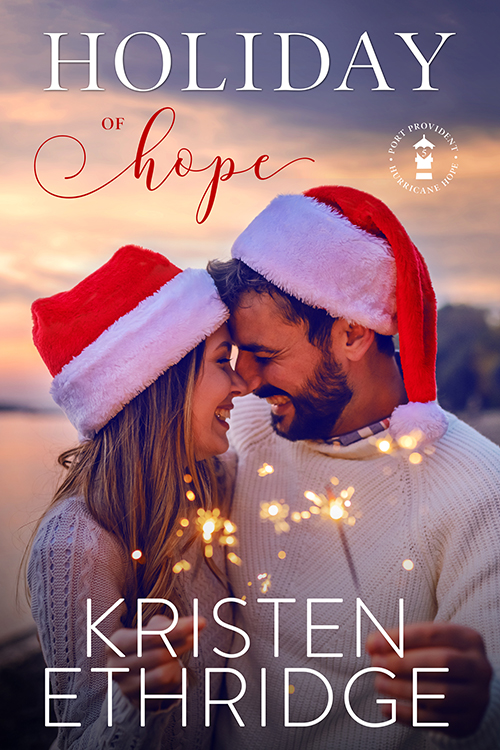 SHE WAS LOSING FAITH...UNTIL HE BELIEVED IN HER

For four generations, Bretton's on the Boardwalk, a store dedicated to Christmas, has greeted tourists who come to Port Provident, but after Hurricane Hope tears through town, Jessica Bretton is left with a pile of bills to pay and no tourists visiting her store. She doesn't want to fail her family by closing the doors to the store, but she can't hold on much longer.

As Director of the Park Board of Port Provident, Bradley Thorpe is responsible for getting tourists to Provident Island. It's been almost three months since Hurricane Hope tore through the island, and while there's much work to be done, people are ready to get back to normal. The local economy is strained and it looks like the Christmas season is going to be an unhappy holiday.

When Jessica suggests reviving a Christmas celebration from Port Provident's history books, Bradley is unconvinced. His role is to drive the local economy, not plan parties. Could a woman who celebrates Christmas all year long change the heart of a man who's more interested in the bottom line than a season of hope? And could a little Christmas cheer be just what Port Provident needs to rebuild?