A hurricane unearths a pirate's legendary gold. But is true love the real treasure? 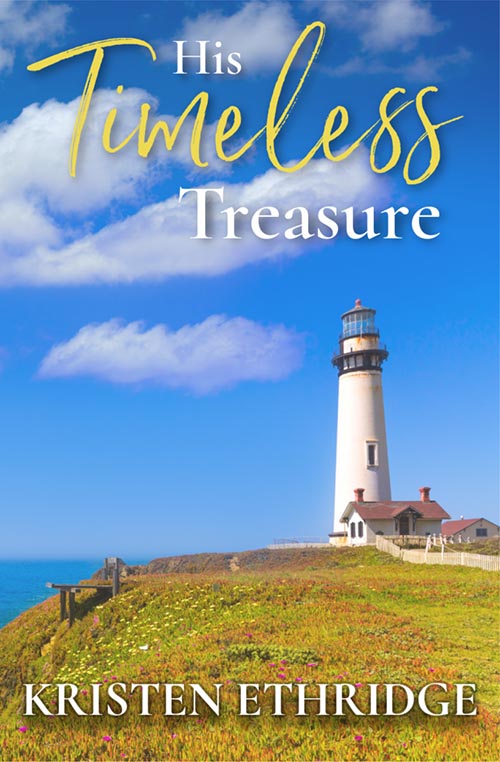 WHAT YOU SEEK MAY NOT ALWAYS BE WHAT YOU FIND…

Dr. Bree Burton has returned to Treasure Harbor, North Carolina, to find a way to set the record straight—even if the record goes back three centuries. As a Burton in a town founded by the Callahans, the bookish history professor has always felt like the black sheep of history in her hometown. By returning to teach at her alma mater, Carolina Harbor College, she hopes she’ll be able to find a way to clear the name of legendary pirate Drake Burton and restore her family’s reputation in the process. But while the whole town’s gone treasure crazy after the Nor’easter Igor unearthed gold bars on Bounty Beach thought to be part of the legendary Burton/Callahan treasure, Bree is determined to remain scholarly and logical—and not get caught up in the craziness.

National Weather News’ anchor Reid Knight accepted the fact that he’d been dispatched to Treasure Harbor to put together a pilot for a reality series which would uncover the truth behind the secret treasure that had gripped the town—as long as he was able to keep a secret of his own. He’d spent some time in Treasure Harbor covering the large weather event of Igor last year, and had some theories about Drake Burton, his star-crossed love with Camilla Callahan, and the treasure that had been part of the town’s history for hundreds of years. But in order to connect all the dots, he needs help from the one person in town who can make his show a success.

Bree realizes that the access Reid has can help clear her family’s name once and for all. Along the way, though, both Reid and Bree come to find out that there’s truth and lies in all legends—and the same is true in their own lives. When they finally realize things aren’t what they seem, will they risk it all to clear the Burton name and make the mark on their own respective futures, or will unearthing the secrets they’ve found threaten their families and their chance at the most timeless treasure—true love? If you're looking for a complete, satisfying story that has a hint of mystery and a dash of swashbuckling history, buy His Timeless Treasure today--this sweet romance will leave you with a smile.

Treasure Harbor: Seven novellas centered around a quest to find treasure hidden by a notorious pirate, Drake Burton, in the 1700s. When Nor’easter Igor unearths gold coins on Bounty Beach in the Outer Banks seaside town of Treasure Harbor, North Carolina, treasure seekers from near and far converge on the town in hopes of finding riches and the secret of a lifetime. This series from some of inspirational romance’s favorite authors features heroes and heroines who are dealing with the fact that their beloved town has gone treasure crazy.

The rest of the series by the other authors:

Some Kind of Wonderful by Belle Calhoune

The Space Between Us by Leah Atwood

His Precious Jewel by Belle Calhoune

The Sum of Love by Leah Atwood