Five best friends set out on the summer adventure of a lifetime. Is happily-ever-after waiting for them out on America's highways? 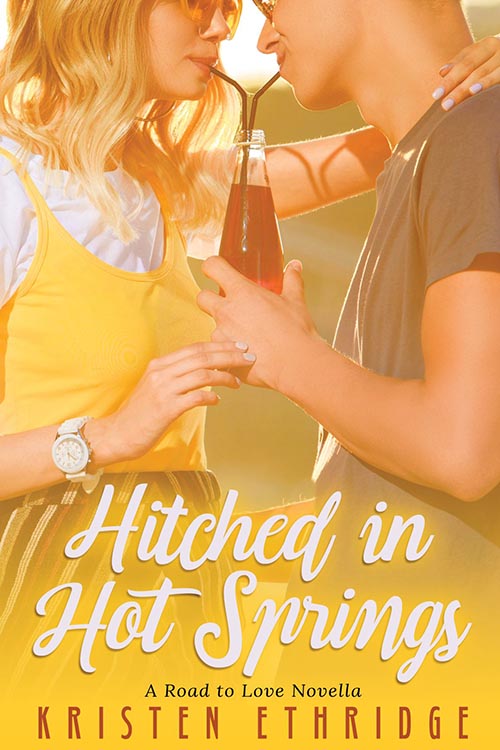 A Road to Love Novella

WHEN A WOMAN RUNNING AWAY FROM HER PAST CONNECTS WITH A MAN WHO FEARS HIS OWN FUTURE, CAN THEY FIND HAPPILY-EVER-AFTER IN THE PRESENT?

Bridget Vaughan left a childhood of abuse behind and used the adversity to make her stronger, becoming a multi-millionaire small business coach in the years since she left her hometown. Even though she’s set out on the roadtrip of a lifetime with childhood best friends, Bridget plans a series of meet-and-greets across the country. She can’t—she won’t—slow down. If she slows down she could lose everything she’s worked for.

James Cromberg would do just about anything to help his mom, including leaving the military career he loved in order to come home and help her run her family's historic business in Hot Springs and take care of his ailing father. As he watches his father deteriorate from a genetically-linked case of early-onset Alzheimer’s, James can’t help but feel that it doesn’t matter what he does—his future has already been decided.
When his mother can’t attend Bridget’s Queen Bee rally in nearby Little Rock, James steps in and immediately decides Bridget’s business style is not for him. But then he wins the grand prize—a personal consultation with Bridget—and James can’t disappoint his mother by turning down the opportunity. Bridget comes to the spa in Hot Springs, creating plans for a business future James isn’t sure will ever be his. Bridget’s destined to leave, but her presence also makes him think about the personal future he can never have, because he won’t ask anyone to sit by and watch as he eventually fades away.

Get caught up in the history of Hot Springs as you fall in love with Bridget and James and their determination to find true love in between two colliding worlds. Start reading Hitched in Hot Springs and experience a story of hope, heart, and happily-ever-after.

The rest of the series by the other authors:

Sing Me Home by Belle Calhoune

Restore My Heart by Leah Atwood

Journey to Her Past by Angel Moore